As I walk the streets I feel the stories on the stones, facades, doors and windows. Architecture that frames custom scenes that have been, that are happening, that are to come or that could have been. Spaces of community, family, love and war, lovers of a mythical river that escapes the time of men.

The plate is a symbol that serves to connect the river with its people. The colours of the water, With glazing enamel treatments of copper oxide and cobalt, which are a nod to the pottery tradition in both an archaic and current form. Gastronomy also has its space as a living culture and symbol of brotherhood, meeting and conversation. The mural contemplates the river from a privileged viewpoint dedicated to a great tributor of stories of this land, Jesus Moncada.

The work invites contemplation, to the memory and to a projected future marked by the Ebro. 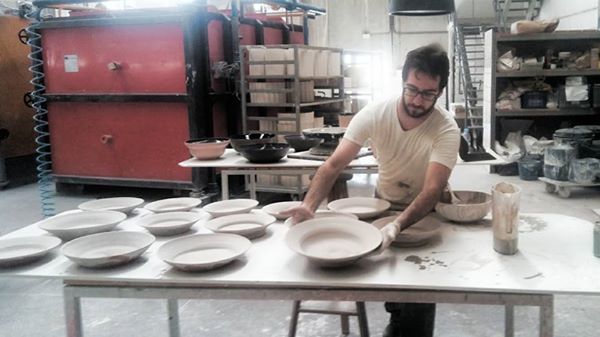 Adrià Cid (Barcelona, 1989). Bachelor of Fine Arts from the University of Barcelona, where he began in the audiovisual field and went deep into multidisciplinary sculpture until at the University of the Basque Country where he began to work with ceramics. Since 2012 he is studying Artistic Ceramics at the Llotja School of Art and Design (BCN). His works have been shown in different locations of the Terres de l'Ebre, Strasbourg, the Sala d'Art Jove, DHUB in Barcelona and other spaces. He also exploits the musical side performing as a singer and luthier. 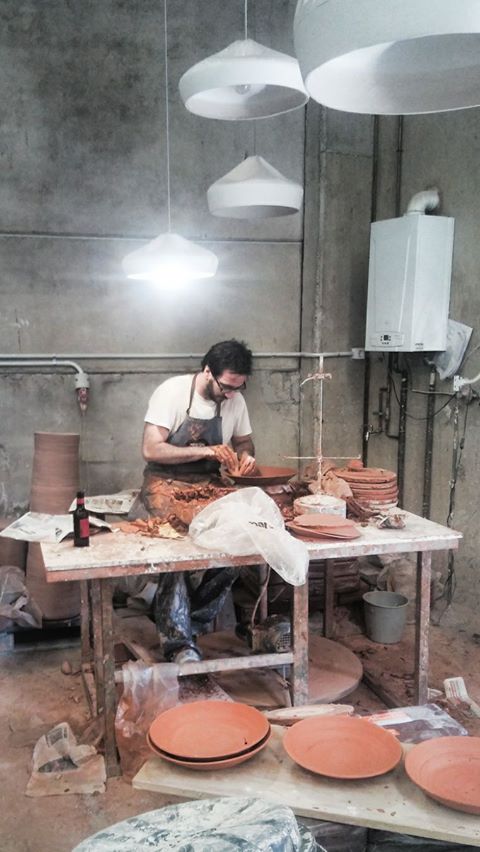